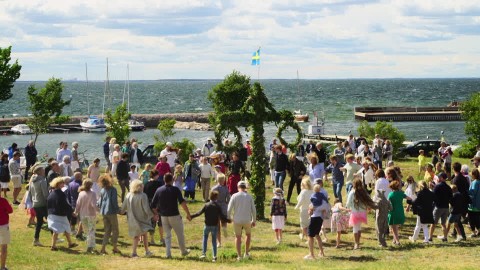 The school is closed and no care is available.

Many of the ceremonies that have emerged in Sweden on this day stem from the centuries-old, traditional May Day celebrations related to the celebration of spring and the rebirth taking place in nature.

Many people to use this holiday to arrange peaceful protests and demonstrations about worker’s rights. These are often held outside of government buildings, or even down main town streets. In Stockholm during this time, you are likely going to encounter marchers throughout the city waving banners.